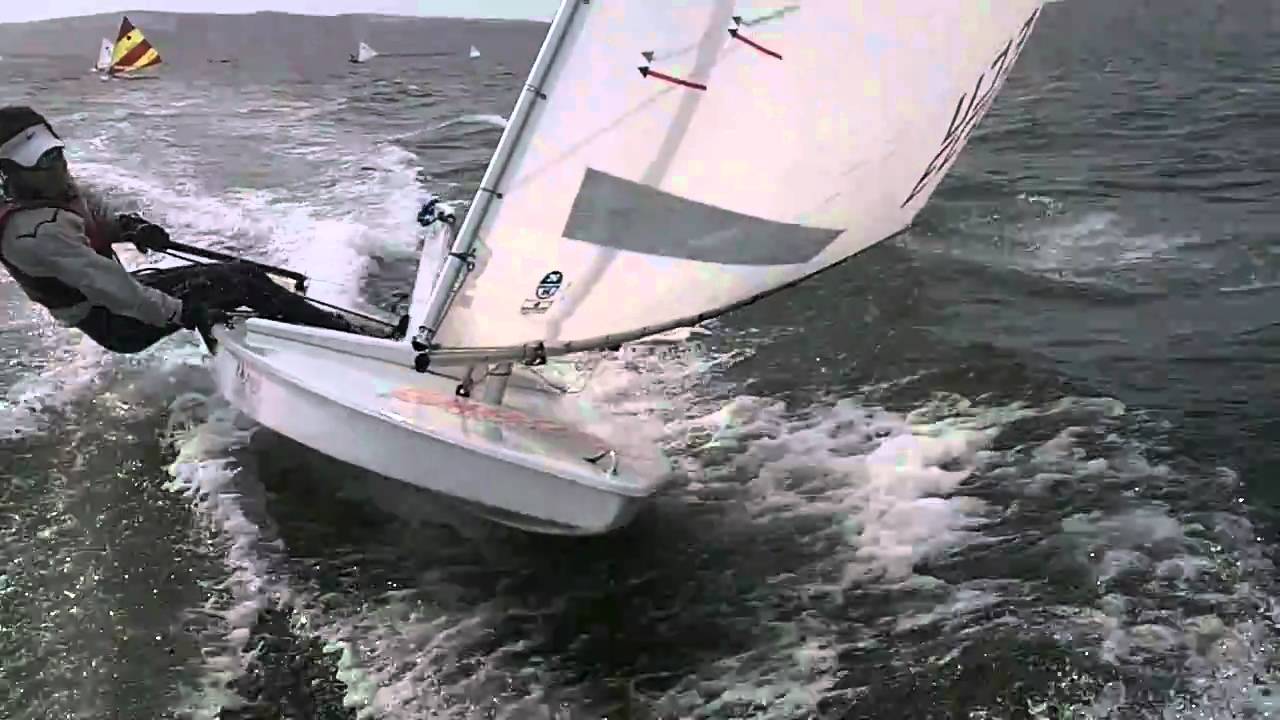 2010 Sunfish World Champion Jonathan Martinetti of Ecuador won the final two races to take the top spot at the 2014 Sunfish Midwinters in Pensacola, Fla. Greg Gust of Texas, who had won the International Midwinters earlier in the week, had been in the lead since the second of the 7 races in the regatta. But Martinetti came on strong on Saturday, with a 4, 14, and two bullets. He was able to drop the 14, and ended up with a net 15 points to Gust’s 18 points.
Conditons were shifty and puffy on Saturday, with winds ranging from 5 to 20 MPH. Racing on Friday was washed out by storms.
Hank Saurage was 3rd with 20 points. Junior Jose Fernando Boccalandro of Venezuela was 4th with 25 points. He also had the lowest throwout of the regtta; an 8th! David Hernandez, also a Junior, was 5th with 26 points.
http://www.regattanetwork.com/