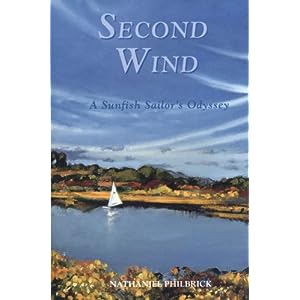 At 22, Nat Philbrick won the Sunfish North American Championship. Fifteen years later he decided to give it another try, embarking on a personal voyage of discovery that took him from the many ponds of his native Nantucket to the championship in the American heartland. A warm, funny, often moving story of a sailor, his family, and an island…and the voyage that brought them together. . .
http://www.amazon.com/Second-Wind-Sunfish-Sailors-Odyssey/dp/0940160773